Jazz great Charles Mingus was born on April 22, 1922, in Nogales, Arizona, and grew up in Los Angeles. The renowned bassist performed with such legends as Louis Armstrong and Charlie Parker, and earned acclaim for his work as a bandleader and recording artist. After struggling with depression, Mingus made a successful comeback in the 1970s. He died in Cuernavaca, Mexico, on January 5, 1979. (From Biography.com) 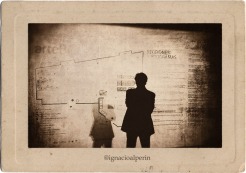