Who says something is art vs. anything else. Who decides that what today is junk tomorrow may be a precious gem? Current artistic success is not necessarily a deserving trait of a living artist. It may even have no connection w 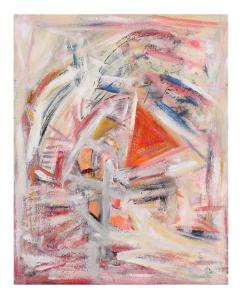 Some of my fellow artists may be upset by this statement, but the truth is that success is not necessarily a matter of how good, how innovative, or how brilliant an artist may be. In today’s world it may have more to do with of marketing, promotion, the right word in the right place, the right image at the right time…so many different issues. Van Gogh did not sell one single painting while he was alive. His paintings were mocked as childish, lacking technique, depth, or clarity. 100 years later he was revered, loved, copied, and altogether declared one of the greatest masters that ever walked this earth.

How many great painters have not only managed to not survive their own casual fame, but have disappeared altogether from the history books? Probably most. Then fame is ephemeral, but staying power will only be granted to those who are truly unique, brilliant, and ground breaking, and above all, to those who survive the view from a different light than that  which was the accepted parameter of their time.

As we survive the waves that hit us, we become stronger artists, and many years from now, may also become deserving of much applause, books, reviews, comments and admiration. Only generations after we are gone, will the question of our true impact as artists will be answered.

In the meantime, let’s enjoy our ephemeral success and hope that life allows us to live doing what we truly love. That will be one of the greatest gifts we can hope to enjoy in this life.