We usually talk respectfully about “talented” individuals, companies look for “new talent”, while the media reviews and applauds “talented” performers. Some of us may have even dreamt -or may still hope- to be in consideration for that label. And why not? It would seem people openly considered as “talented” have the world at their feet. But what is really talent? Or at least, what qualifies as talent in these situations? Furthermore, is there such a thing as a “talented individual”?

Merriam-Webster defines talent, in this particular usage, as “1. archaic :  a characteristic feature, aptitude, or disposition of a person or animal, 2.  the natural endowments of a person; and 3. a special often athletic, creative, or artistic aptitude or b :  general intelligence or mental power :  ability.”

The first obvious thought that comes to mind from looking at the definition, is that it is a very misused word. Clearly, it is one of those expressions in common usage that has become a generic term in itself. And just as for most people around the world the name Coke is a generic term (a definition in itself) as much as a brand, the everyday use of the brand Talent generates a common and accepted image no matter whether we are talking about sports, business, science, or a spelling bee competition.

Yet, moving beyond the superficial -and maybe misleading- use of the specific term, it remains so that “talent” is not something as special as one may have been led to believe. Quite the contrary, having talents seems to be as much an intrinsic part of an individual as, let’s say, being creative, having body organs or breathing.

The fact is that we all have received talents from the word go. They are our natural endowments, using the description of Merriam-Webster. They can be both our genetic (family), and personal (individual) gifts. Capacities that make up as much of who we are as any other personal characteristic. It is the stuff we are good at, as well as the things we suspect we could be good at if we gave it a serious try, those we suspect are there but we need to give ourselves the opportunity -and time- to explore them, and even those which are hidden from us and we don´t even know exist. 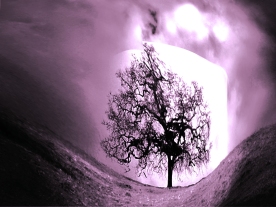 In the same way as it used to be said that only some people were talented, the same happened with creative people. These days we can say – backed by strong neurological and psychological evidence, as well as with at least 100 years of relevant scientific research-, that in fact, “we are all creative”. What we are not is all “the same creative”. In a way, and in reference to “talent”, the same thing seems to apply.

So, what makes some people raise above others then? How come we generally recognize that, even if we are all talented, some may seem to be more so than others (following Orwell´s Animal Farm line of thought that “we are all equal, but some are more equal than others” perhaps). And what makes them more noticeable than the rest?

There are clearly common qualities that spread across the different professions and which can be analyzed. In simple terms, an approximation to the “Famous Talents” Top 10 checklist could look a bit like this:

So, on the one hand, talent is everywhere (in human and animal terms and without exception). In our specific case, wherever there is a human being (and today with 7 billion plus on the planet, that is almost everywhere) there is talent, obvious or latent. But also in society, there are those who clearly will go the extra distance and be lucky enough to be noticed, be formally labelled, and get the benefits from being openly considered as “a Talent”.

Whether we are looking to reboot our natural talents, or to either retain or hire what is commonly referred to as “new talent”, it is very possible that many of these 10 qualities we just mentioned are expected to be found (they are obviously not the only ones). So, it may be a smart move to look at the manner in which many of these people work and act. Emulating them, working hard, liberating our creative spirits, and remixing a little, may then get us a long way.