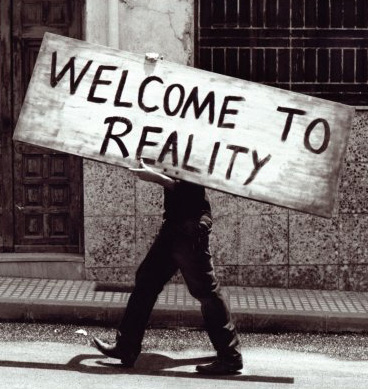 I always like to look at pop or literature icons as a way of referencing certain interesting characteristics or conclusions. It is a short, simple, and effective way of coming across with complex ideas in ways that do not seem so complicated.

For example, whenever I teach my course or I give a lecture, I usually talk about the need of any inquisitive and creative mind to think a little bit like Sherlock Holmes.

Sherlock, the super sleuth, concentrates Socratic logic, and puts in very practical terms the impact that deep observation, careful reasoning, and the use of hypotheses will have on any issue. This method helps to open up horizons not seen until then, while paying attention to indicia and actual evidentiary proof.

As many already know, author (and physician) Sir Arthur Conan Doyle, based his character on a doctor and professor named Joseph Bell.

Bell was famous at the time for his deductive reasoning and his amazing accuracy in coming up with information about, not only his patients´ illnesses, but also their nationality, family, work, activities, customs and other personal data that was not available to him. All this from simple observation. 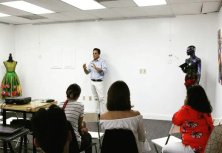 Conan Doyle decided that all the mystery stories that were popular at the time showed detectives which, for some non-explicated reason, would come up with clues and resolutions. He decided that it would be great for a detective to use the same techniques that Bell used, and decided to publish the investigator´s adventures.

The actual way in which the Strand´s short stories became famous is, by itself, a great example of how a new concept or idea gets accepted by a difficult market, and how a combination of doing the hard work, plus the influence exerted by a necessary dose of luck, will get you closer to success. I would also recommend you read the many articles written about this for inspiration.

Amongst other things, there is a holistic approach to problem solving, or project building, or market conquering which goes beyond the closeness of solutions based on observation, no matter how accute or accurate.

That is where another, albeit lesser known, pop culture detective comes along to offer a different perspective.

Many of you may follow the adventures of “Dirk Gently, holistic detective agency” on Netflix. This is a crazy mix of mistery, philosophy, sci-fi, super powers, psychological thriller, and organic detecting which kind of rounds up a series of characteristics that the original Conan Doyle creation missed.

The basis for this crazy adventure is that there are things we do not understand, but that nevertheless, are important even without us working out what they are for, or where do they fit into our story. The reasoning is that everything seems to be connected with everything else in life. It is just a matter of time, or sleuthing, or mind opening, or a combination of those -and other characteristics and actions- which will get those unusual, almost unfitting events, to fit in.

And this combination is almost magic.

It puts Sherlocks ideas, well characterized by psychologist and journalist Maria Konnikova’s book, Mastermind: How to Think Like Sherlock Holmes (Viking), as his “natural skepticism and inquisitiveness toward the world”, and his critical, analytical, and hellbent passion to solve all those questions that seem to remain unsolved in front of him, right alongside Gently´s curiosity, his peaceful acceptance of facts that are not yet resolved, and his search for the connectors that will show how that, which he yet cannot fathom, fits into the universal grid of life.

Dirk Gently, like Sherlock, normally lacks desperation to the point of causing desperation in everyone around him. But he realizes that no matter where he is, and as satisfying as it may feel, there is always somewhere else where things will make even more sense, or perhaps, just sense. He doesn´t look for clues all the time. He realizes that sometimes, if he waits, clues will find him instead.

My recommendation then, besides brushing up on books and movies on Mr. Holmes and his bumbling companion Dr. Watson, is to also have a look at Dirk Gently (you will have fun while doing it), and give him a chance to show you how a combination of answers and alternative views will usually result in a richer and more satisfying result, than those conclusions which are reached by concentrating just on a single theory.

In any case, and as always, it is a matter of training your brain to think in new ways, to explore new concepts, to connect the dots, and to come up with logical conclusions -and some illogical ones as well-. It is a matter of accepting that life, if anything, does not always make sense right away.