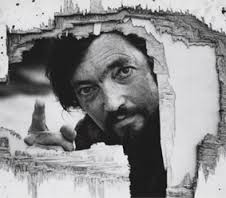 Argentine writer Julio Cortazar was born on a day like this, exactly 100 years ago. All over the world literary buffs and fans are celebrating this new anniversary of his birth with articles and mentions.

A prolific writer and a brilliant story teller, he left his mark in the minds and souls of the many millions who enjoyed his brilliance.

Stories like “Hopscotch” (published in 1963 and probably his most important novel), where the story can change according to the order in which the chapters of the book are read (hence the name), Cronopios and Famas, The final round, The Browl outside, and many more are highlights of his very entertaining, deeply complex, and fascinating works.

Even if you have never read him, you may have enjoyed some of his stories which have been made into movies. 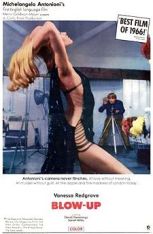 Cortazar´s love of boxing and Jazz is legendary. While I do not share his love of boxing, I do share his love for Jazz. One of the highlights of “Blow-up”, at least for Cortazar, was the fact that the music was written and performed by such a jazz genius as Herbie Hancock. While “The Pursuer” (1959), a short story that gives its name to a book, is losely based on the life of bebop saxofonist Charly Parker. And his constant musical references, particularly to Jazz, and in lesser extent to “Classical” music (a term that in fact he really detested), do mark his literary production.

Some years ago, a very brave journalist from the Clarin Newspaper in Argentina put me in a bind, when he compared my paintings and my passion for infusing them with the rhythm and musical cadences of Jazz, with what another Argentine, writer Julio Cortazar, had done with the literary presence of this beautiful and free form musical style in all of his writings. 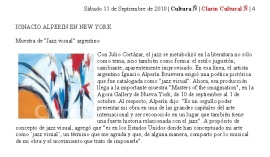 I always felt almost “embarrassed” at this comparison. But on a day like this, I take it as an honor and an important legacy which in my own way, I wish to continue.

Cortazar passed away too early. It was 1984. He was buried in Paris (Montparnasse) where he lived. It was from illness, but many say that the man who always looked 20 years younger than his real age, had suddenly become old and frail from the emptiness that he felt after the passing of Carol Dunlop, from Leukemia, in 1982. She was his second wife and the love of his life.

Like many greatly creative people, all the toughness everyone saw on the outside, was just a shell which protected a highly sensitive and frail soul.

As a homage to this great mind, I would like to share with you this short video prepared by the Juan March Foundation in Spain, in which Cortazar himself talks about the relationship, almost the love affair, he had with Jazz and how it is brought forward in his works.

See you next time!