In a world where information is being sent to us at incredible speed and with unconceivable depths; where we are also producing, inadvertently, data beyond our understanding; in a civilization that is advancing technologically beyond what the educational system can cope with; at a time when the knowledge of how things work is in more and more hands; and the technology which allows us to make them is in less and less hands; the role of the creative mind must evolve as well.

Now, evolving does not necessarily mean going freaky! It does not inevitably mean developing at the same speed the ability to digest all that is thrown to us, as well as rehashing it in new ways.

In fact, it may mean something completely different.

One of the biggest misconceptions on the theory of evolution, just to bring this point forward, is that the mechanism of natural selection – central to the theory – and which may result in improved abilities to survive and reproduce, should necessarily mean that the outcome is progressive.

As it happens, this is clearly not so.

What is called natural selection under the theory, does not produce organisms perfectly suited to their environments, as it is commonly misinterpreted. What it means, really, is that these organisms through different traits and skills are “good enough” to survive.

So evolving may mean, in simple terms, adapting survival characteristics which may be new, or even reacquiring qualities and attributes that were useful before, were lost for one or more generations due to environmental or social changes, and now have become of importance once again.

So how does this translate to the information age?

Well, it means for a start that the role of a creative professional is not to keep up with the speed of change but with change itself. In sporting terms, the creative thinker may be more like a long distance runner than a sprinter.

Secondly, being creative means being open to novelty and interested in everything. I always call myself “an encyclopedia of useless information”, this said with a glint in my eye, as I know very well that I gather information that most will discard for a good reason. To me, it is never useless.

But I must learn to choose what I digest. So the other evolutive step for a XXIst Century creative mind, may be then going back rather than forward. Specifically, to XIXth Century London and perhaps pay a visit to a certain sleuth who lived at 221b Baker Street. 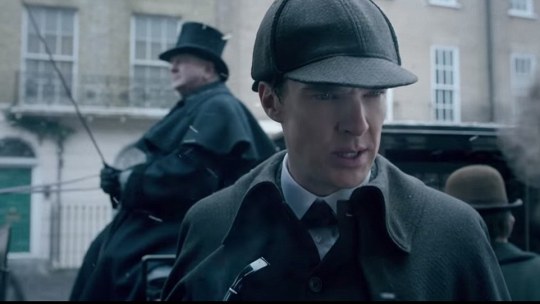 Sir Arthur Conan Doyle created the great detective, Sherlock Holmes, based on a doctor named Joseph Bell whom Doyle admired for his quick logical interpretation as a physician, as well as for his “Method” of deductive reasoning (“Observe carefully, deduce shrewdly, and confirm with evidence”).

Bell turned detective became, in late 1886 and thanks to the pen of Conan Doyle, none other than the great Sherlock.

The role of the creative individual is very similar to the role of the detective. It involves keen observation, careful deduction, asking the right questions, having the correct basic knowledge, and above all, connecting all the dots (coming up with a hypothesis that is not necessarily constricted by a traditional structure).

In a world where information surpasses us, while technology seems to be speeding up way ahead, becoming like the road runner may be the wrong approach.

It may be that I enjoy going against the wave, but if everything speeds up, I usually slow down (and vice versa). Creative reasoning and creative thinking in a slow moving environment allows for swiftness. While if everybody rushes, our role is to slow down. 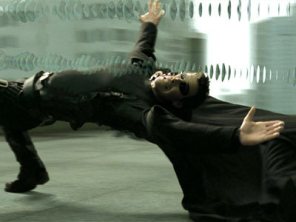 Like Neo in the Matrix, our advantage is that of being capable of decelerating everything down to the point where we are actually so cognitively enhanced that, in reality and for everyone else for that matter, we are indeed ahead of the curve.

And to do that, a bit of XIXth Century deductive reasoning may be the thing. Evolution may mean in this case, for example, simply slowing down; perhaps taking on a musical instrument – and not necessarily a violin -; or being involved in long periods of apparent daydreaming. In that mental estate, your mind will be doing its best detective work, and your deductive skills will allow you to see and connect the dots that no one else has managed to yet perceive.