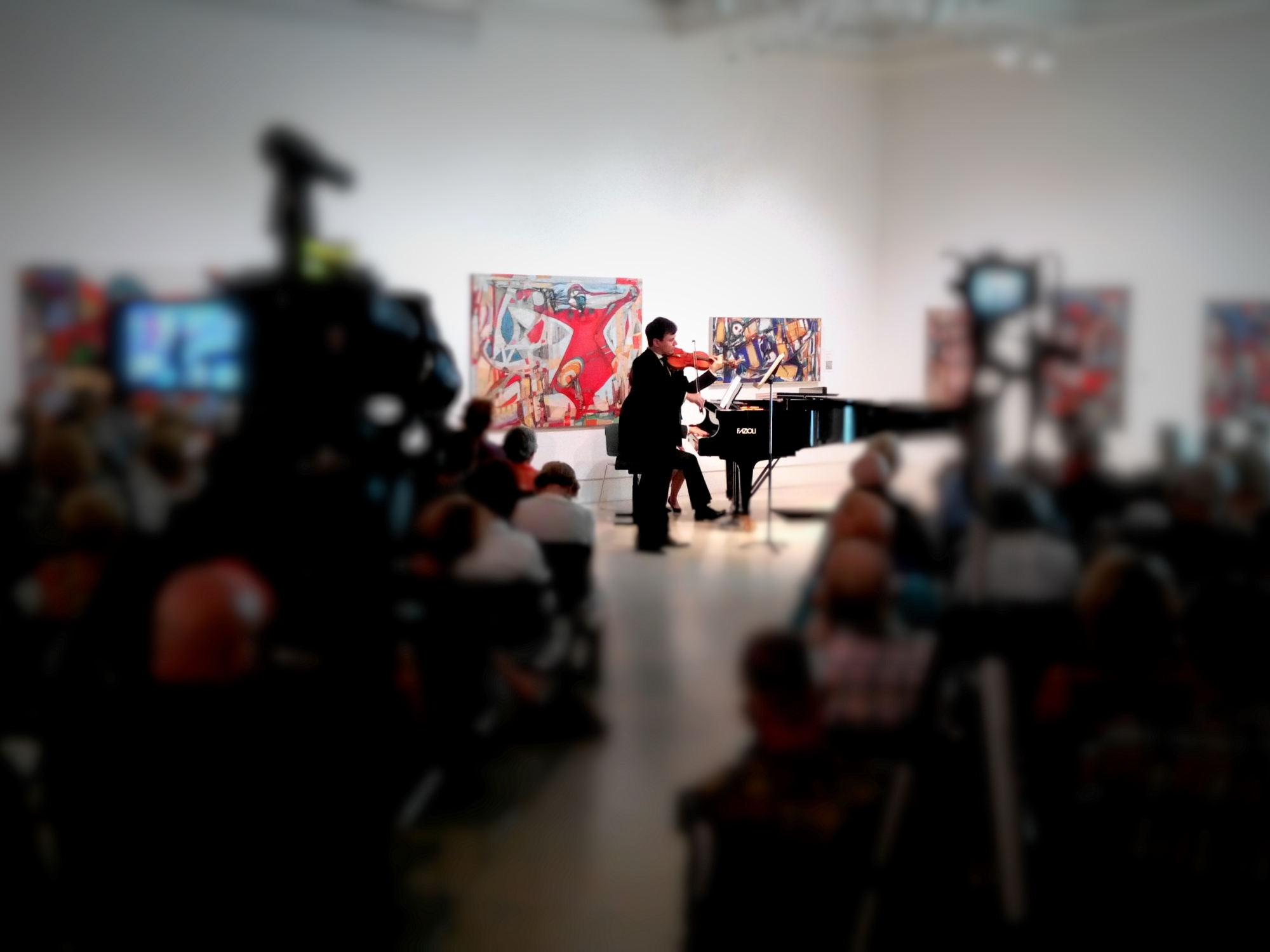 The day after the grand opening of IGNACIO ALPERIN: A VISUAL JAZZ AFFAIR at the Watson Gallery, Naples on Thursday, April 28th, I had the great opportunity of witnessing a wonderful Tchaikovsky Violin & Piano Concerto at the Moorings Presbyterian Church, in which the orchestra comprised of the Byelorussian Chamber Orchestra plus members of the Festival Orchestra, conducted alternatively by Maestro Evgeny Bushkov, conductor of the Byelorussia Chamber Orchestra, & Maestro William Noll, Artistic Director of the Festival, provided us with an evening of the great Tchaivkovsky.

Pamela Frank and Shmuel Ashkenasi, as well as Vakhon Khashimov, Sergiu Schwartsz, and Patricio Cobos. He has appeared as soloist with orchestras throughout the world, including the Philadelphia Orchestra, the National Orchestra of Russia, the Moscow Philharmonic, the London Symphony, the Czech Republic Orchestra, and many others.

Meanwhile, Philipp Kopachevsky is a soloist of the Moscow State Academic Philharmonic and is a prize winner at international competitions. He regularly appears in recital in Great Britain, Germany, the USA, the Netherlands, France, Italy, Greece, Poland and Spain, as well as throughout Russia.

I had never seen either one before, so it was to my welcoming surprise when I was emotionally transported by these two brilliant young musicians.

The experience was even more emotionally involved when I found out that the next day (Saturday April 30th) they would be playing as a duet at the Watson Gallery, surrounded by my own paintings, a selection of works by Prokofiev and Beethoven.

Seeing these two virtuosos in action in front of my paintings was a very personal experience for me. My art is musical in nature and spirit, and seeing my works accompanied by such a different, yet perfectly accommodating, musical company was like a roller coaster ride of feelings and emotions.

I am also very grateful to Maestro William Noll for his kind and appreciative presentation of my work to the public, as well as the remarks made by Philipp after the concert. To them and to all the people who said very kind things about my work at the post-concert cocktail, I thank from the bottom of my heart.

I recorded bits and pieces of this wonderful concert so, at the very least, I could share with you the spirit of this delightful day. I hope you enjoy it as much as I did.